In this week’s news…

May 2 — October 18
Visit the Henry for an exhibition of images by Ilse Bing, an early pioneer of photographing with the 35 mm Leica hand-held camera. A commercial photographer between the late 1920s and 1950s, she is recognized today as one of the key contributors to the development of modern photography.

ArtBreak: Mindfulness Meditation
Thurs, May 7, 12:30 PM
Come de-stress and soak in art during this meditation session by engaging and observing your physical, mental, and emotional experiences. Practicing mindfulness helps to promote a general sense of health and well-being. Please check in at the front desk for location information. Event is public and free.

This is a reminder that GiveBIG is happening tomorrow, Tuesday, May 5th. You have the opportunity to support contemporary art and the Henry by donating online through the Seattle Foundation. Thank you for your continued support!

Next Tuesday is GiveBIG, Seattle’s annual day of charitable giving, and nonprofits from across the city will be asking you to give to their organizations on that day (full disclosure: we’re going to ask you, too).

Why GiveBIG is such a big deal is because during this 24-hour event, all donations made online through Seattle Foundation’s GiveBIG are “stretched” by the Foundation and GiveBIG’s sponsors — meaning, they grow your gift which then makes a bigger impact on your chosen organizations.

When you give on May 5th, your dollars go farther and you can make a bigger difference for the organizations you care most about. Last year, GiveBIG inspired over 64,000 donations totaling $12.8 million for over 1,600 organizations.

We ask you to consider giving (BIG is awesome, but gifts of all sizes will make a big impact) to the Henry during GiveBIG next Tuesday. Your support of contemporary art is greatly appreciated!

Ann Hamilton: the common S E N S E has been on view at the Henry since this past October. Hamilton’s large-scale installments have led visitors on an immersive journey that explored her invitation to discover tangible and intangible ways of touch. Using various materials, animals and representations–fur and feather garments, scientific specimens, books, and mechanical bullroarers–Hamilton guided visitors to consider the interdependence between human and non-human animals.

Throughout the duration of this exhibition, singers, dancers, and musicians have surrounded and filled the gallery spaces with their music, footsteps, and spoken word, all in response to the exploration of Hamilton’s work. As Ann Hamilton: the common S E N S E comes to an end, her work continues to inspire.

The Henry invites you to stop by this weekend before the common S E N S E closes on Sunday, April 26th.

Today’s blog post was written by Angie Yin, UW Student and Communication Assistant at the Henry.

The Henry is delighted to announce the finalists for The Brink Award. This award recognizes emerging artists age 35 and under in Washington, Oregon, and British Columbia on the “brink” of an outstanding professional career. The Brink provides financial support, increased exposure, and critical validation from an internationally recognized arts institution, with the aim of fostering the artistic and professional development of emerging artists in the region. The Brink Award was established with the generous support of longtime Henry benefactors and Seattle philanthropists John and Shari Behnke.

For the 2015 award, 57 nominations were received from a group of art professionals across the Pacific Northwest. The 2015-16 Jury is comprised of Dan Webb, artist; Robert Snowden, Curator at Yale Union in Portland; Helga Pakasaar, Curator at Presentation House Gallery in Vancouver, B.C.; Nina Bozicnik, Assistant Curator at the Henry; and founders John and Shari Behnke. The jury completed the review of artist submissions in April. Jurors will conduct studio visits with the finalists later this spring. The winner will be announced on June 12, 2015.

The recipient will be awarded a cash prize of $12,500, a solo exhibition at the Henry, and a publication. A work representative of the artist’s current practice will be acquired for the museum’s permanent collection.

The Brink Award complements the Henry’s role as a catalyst for the exhibition and creation of contemporary art, while simultaneously demonstrating the museum’s commitment to artists working in our region.

Our congratulations to the finalists!

Henry Contemporaries and Patron Circle members are invited to celebrate the Brink finalists at The Brink Bash on May 15!

While you’re enjoying the sun, make sure to stop by the Henry for an art break!

It’s Spring Break in Seattle this week. Wondering what to do with the kids? Oh, we have a few ideas!

ArtBreak with Jennifer Salk
Saturday, April 18, 2:30 – 3 PM
Watch Jennifer Salk, Associate Professor and Director of the UW Dance Program, perform a series of intimate and animal-like solos and duets in the gallery spaces of the Henry. These pieces respond to and were inspired by Ann Hamilton’s exhibition, the common S E N S E. 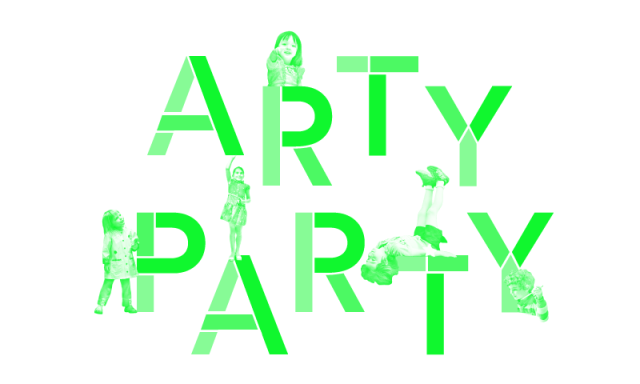 Arty Party
Sunday, April 19, 1 – 4 PM
Come to the Henry for our third annual Arty Party! Join us for an afternoon filled with fun activities including drawing, dancing (music by KEXP DJ Larry Rose), and storytelling. Bring your whole family to engage in some hands-on art activities. Tickets are available in advance here.

P.S. Been meaning to buy or renew a membership? Your ticket price can be applied to the membership cost!

Come to the Arty Party for an afternoon filled with fun and educational activities: music, drawing, stories…and more art!

On Sunday, April 19th, from 1-4pm, the Henry invites you and your whole family to partake in an eventful afternoon. We will be hosting various hands-on activities led by a variety of artists including teaching artist Rebecca Joy Mohrlang from the Seattle Symphony and Native American artist Jeffrey Veregge.

This afternoon will consist of a multitude of diverse activities that will engage your senses of hearing, sight, and touch. Click here to view a complete preview of the events being hosted!

Here are some pictures from last year’s Arty Party taken by photographer Chona Kasinger to get you excited for this year’s party: 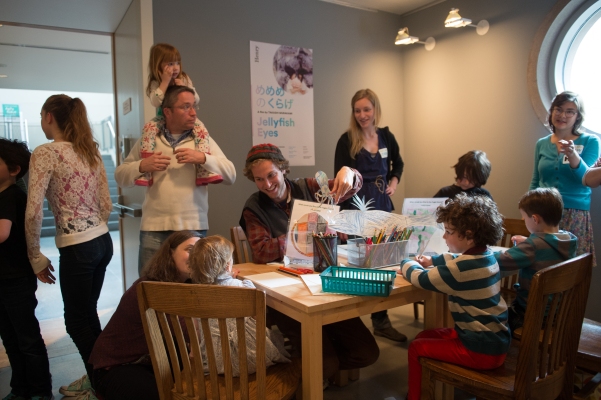 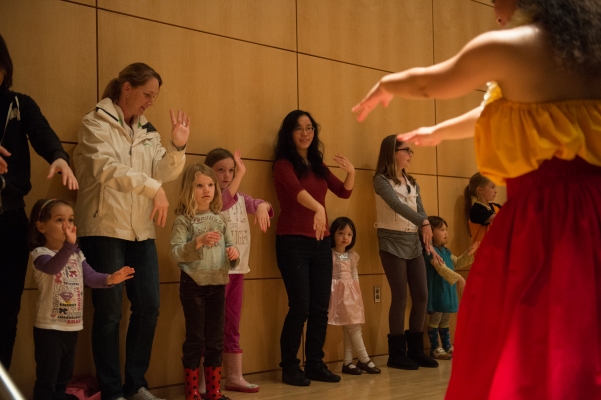 Don’t miss out and bring your whole family for this all-ages event! Get your ticket here today!

This blog post was written by Angie Yin, a UW student and Communication Assistant at the Henry.

Get ready for the Henry’s annual Arty Party! Bring your whole family April 19th to experience a fun and educational art-filled afternoon. Click here to preview the exciting events. Get your ticket today!

An Evening with Ann Hamilton
Monday, March 30, 7:30 – 9 PM
As part of the Seattle Arts & Lecture series, artist Ann Hamilton speaks at Town Hall about her work, her exhibition at the Henry, and her upcoming commission for Waterfront Seattle. Tickets have been flying out the door. Purchase yours here.

INCITE•INSIGHT lecture: Suzanne Bocanegra
Thursday, April 2, 7 – 9 PM
Join us for the last lecture of the INCITE•INSIGHT series, our partnership with Cornish College of the Arts. Suzanne Bocanegra shares her journey of becoming an artist with an evening that is part artist’s talk, part performance, part cultural history, and part sound installation. This is the premiere of  When a Priest Marries a Witch, an Artist Talk by Suzanne Bocanegra Starring Paul Lazar.

With just one month left of her extraordinary show, artist Ann Hamilton is in Seattle for a whirlwind weekend of activities and appearances.

Today at 12:30, Ann will be leading an ArtBreak through her exhibition. Over the course of the exhibition, many guest artists, scholars, and community members have been invited to share their thoughts on the common S E N S E. We are thrilled to now have the artist herself here.

Tonight, Ann Hamilton and poet Joshua Beckman will host “A Silent Reading” in the galleries. This collaboration between the artists focuses on silent reading as shared experience. Tea will be served.

Stuart Dempster and his Bull Roarchestra return with an encore performance on Sunday afternoon at 2:30. The Field of Bullroarers will be filled with the sounds of bass drums, hand bullroarers, and didgeridoos.

Capping off the weekend, Ann is the featured speaker at Town Hall Monday night at “An Evening with Ann Hamilton.” She’ll speak about her exhibition at the Henry and about her upcoming public art installation on Seattle’s waterfront, commissioned by the Seattle Office of Arts & Culture. Rumor has it there are less than 50 tickets left — get yours now!

Join us for a fantastic weekend!